What’s the Difference Between Grass-fed Beef and Grass-finished Beef?

What does that mean when it’s on a label and why would it cost more?

From time to time I get clients asking about grass-fed beef labeling on dog food, so that’s one area that I’m experienced in, but also you used to find this in your local grocers as far as grass-fed beef, and a lot of people believe that it definitely tastes better.

Is the Beef Really Grass-fed?

The answer to that is yes.

Almost all beef cattle are raised on pasture.

This means that all the calves are born on pasture, so they’re free to roam and graze as they would like.

They usually don’t do this when they’re first born, but they learn to.

Most of them are weaned or taken away from their mother at the age of 6 to maybe 12 months of age.

Once weaned, they’re usually either turned out into a different pasture or taken to a different facility where they’re backgrounded, which means they’re raised on pasture for another anywhere from 8 to 12 months.

This is usually where they graze and gain weight so that they’re becoming larger frame so that there’ll be more meat for harvest.

Once this time period has elapsed, then that’s where they’re usually taken to a feedlot.

A feedlot is usually where they’re kept confined somewhat and fed a ration, and that ration usually consists of grains, maybe some different protein sources, and some forage.

There has to be some sort of roughage in there for the animal to maintain its normal gastrointestinal function.

This is where most people have the problem with it.

They don’t want their beef to be fed the grains and be confined like this.

That’s where the term “grass-fed” comes in. That’s the difference.

This means that they’re never confined and never fed grains or other protein sources.

That would be a more appropriate term, because, like I said, all cattle are grass-fed.

How can you really tell if that product that you’re purchasing was really grass-fed beef?

The answer is it’s not easy, and really not easy these days.

Why Aren’t All Cattle Just Grass-fed Instead of Put into the Feedlots?

This boils down to weight gain and the time that it takes to reach this weight.

Most people prefer to use the feedlot method because you can make the cattle gain weight much faster during the last few months of their life by feeding these grains and protein sources versus on pasture.

If the cattle are left on pasture to gain weight, it takes them much longer, maybe as much as a year longer.

Thus, this is why the price of grass-fed beef is much higher than that of commercially prepared beef.

They may have to feed hay during the winter months of that time period, which increases the price of the final product a great deal.

That’s why most cattle, in the US for sure, are raised in feedlots during the last few months of their life, is to really increase the weight of the animal, thus more beef for the consumer, as well as it cuts down on labor cost and the time that it takes to produce that same amount of beef.

Not to mention that cattle that are purely grass-fed tend to be lower in weight in the end because they’re not pushed when they’re not fed that extra protein to make them gain the weight.

There’s little control over how someone can label this, especially now that in January of 2016, the Agricultural Marketing Services, which is a branch of the USDA, withdrew its claim on grass-fed beef, meaning that it no longer regulates who can and can’t apply this label to their product.

There’s very little government oversight for any of this any longer, and it makes it very difficult for the consumer to determine if that animal was really grass-fed or not.

How Do You Know What You’re Actually Getting?

What do we do? There is no easy answer.

It’s basically left up to the consumer to do their own investigation and try to find out if the animal was truly grass-finished, grass-fed, whichever terminology you want to use, but primarily it’s up to the honesty of the packer or the manufacturer to label things appropriately.

There are some third parties who are trying to develop stringent guidelines as to who can apply this label to their packaging or not, but until the beef industry is able to get this streamlined, it’s going to be difficult for all the consumers to determine if that beef was really grass-fed — or, like I said, the better terminology might be “grass-finished” — or not. Until then, it’s buyer beware.

In recap, when that label says “grass-fed,” it could be deceiving.

Pretty much all beef cattle are grass-fed.

With the little government oversight today, it’s harder than ever to determine if that label is true and accurate. 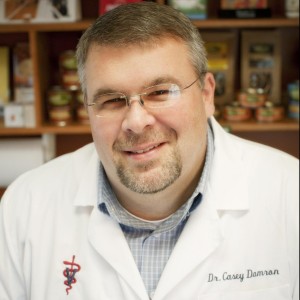