Everything You Need to Know About Marijuana for Pets

Home — Everything You Need to Know About Marijuana for Pets Is Marijuana for pets safe to use? Marijuana dominates the news.

As the debate continues regarding marijuana’s legality, many turn to the substance for its seemingly miraculous health benefits.

Although substances within marijuana, such as cannabinoids, help humans, can they benefit your pet?

As far back as the ancient Greeks, pet owners treated horses and livestock with cannabis for everything from skin conditions and wounds to tapeworms and nosebleeds.

In the late 1800s, the U.S. Cavalry gave marijuana to horses to treat intestinal problems.

Mammals have endocannabinoid systems, which are responsible for regulating immunity, communication between cells, appetite, and metabolism.

Cannabis interacts with the naturally occurring processes regulated by the endocannabinoid systems.

Cannabinoids, including the most commonly known cannabidiol (CBD) and tetrahydrocannabinol (THC), bind to endocannabinoid receptors influencing the body’s function.

THC and CBD are both cannabinoids, a chemical compound unique to Cannabis sativa.

The University of Washington’s Alcohol and Drug Abuse Institute identified a total of 66 different cannabinoids, although more may exist.

THC is better known for its psychoactive properties, which affect mental processes such as memory, mood, or behavior. Some experience increased anxiety from THC, while others feel decreased anxiety.

CBD is non-psychoactive but believed to have calming properties.

Research on Cannabis for Pets

Currently, the American Holistic Veterinary Medical Association is the first veterinary organization to officially encourage research into the safety, dosing, and uses of marijuana for pets.

“There is a growing body of veterinary evidence that cannabis can reduce pain and nausea in chronically ill or suffering animals, often without the dulling effects of narcotics,” the American Holistic VMA said in a statement. This herb may be able to improve the quality of life for many patients, even in the face of life-threatening illnesses.”

Although there aren’t many studies on treating illnesses in pets with cannabis, many of the“human” studies conducted on the effectiveness of cannabis use animal test subjects first.

For example, the National Cancer Institute published a study showing cannabinoids’ effect against the development of certain types of tumors in groups of mice and rats.

Other studies demonstrate some cannabinoids have a stimulatory effect on appetite.

Some scientists found CBD’s antidepressant and antianxiety properties, which could prove beneficial for pets with separation anxiety or a fear of loud noises.

Benefits of Marijuana for Pets

Doses vary, as some pet owners give their pups CBD daily for overall health, while others use it to treat a specific ailment.

Additionally, CBD hemp oil includes vitamins and minerals such as vitamins A, B12, C, and E, calcium, phosphorous, and potassium.

You probably saw some recent news reports of animals overdosing on marijuana in states in which cannabis is legal.

First, a lethal dose of marijuana for pets is very large.

“The minimum lethal oral dose for dogs for THC is more than 3g/kg,” wrote researchers wrote in the journal Topics in Companion Animal Medicine. “Although the drug has a high margin of safety, deaths have been seen after ingestion of food products containing the more concentrated medical-grade THC butter.”

Furthermore, of the two deaths mentioned in a 2012 study published in the Journal of Veterinary Emergency and Critical Care, both dogs asphyxiated on their own vomit.

Although they died after“ingesting baked goods made with medical-grade tetrahydrocannabinol butter,” the marijuana did not cause the deaths.

One way to navigate the fear of THC toxicity is to use CBD hemp oil, which is naturally low in THC.

In the U.S., veterinarians are not authorized to prescribe cannabis for pets.

The FDA does not approve of cannabis-based products for pets.

However, in states where recreational marijuana (and even medical marijuana) is legal, cannabis products for pets are increasing in popularity.

Furthermore, many states allow CBD products, but not THC.

As an all-natural or holistic pet parent, you’re open to Eastern and alternative health options for your furry friend. 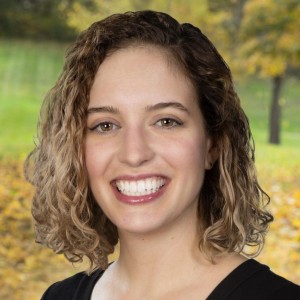